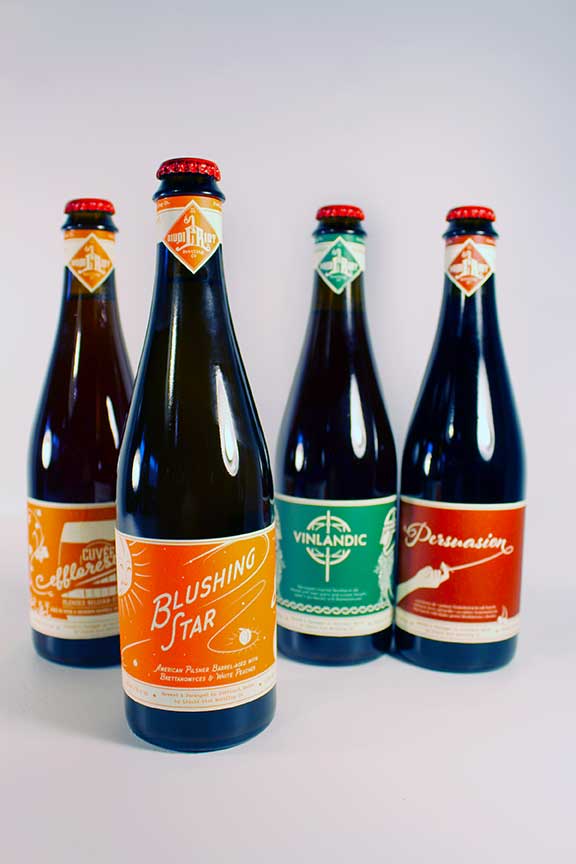 Persuasion – Port barrel aged sour brown with cherries (7%)
A barrel fermented sour brown ale using a blend of wild yeasts and microbes for 6 months, then transferred into a Californian port barrel with 100 pounds of Maine-grown Montmorency Cherries, for an additional 8 months before bottling. Release February 14, 2017

*This is the only opportunity to purchase bottles of Blushing Star this year.

Each customer can purchase up to four 500ml bottles, per each Small Batch beer. Bottles will be on sale in the Liquid Riot Retail Shop only, while supplies last. Liquid Riot is located at 250 Commercial St, Portland, ME 04101 and online at www.liquidriot.com. Open at 12 noon 7 days.

Followers: 2224
Liquid_Riot @Liquid_Riot
March 26, 2020 8:58am
Officially available via delivery and curbside pickup starting today at 1pm! We are extremely excited to get back to serving our community. All of our crowler/can/bottle beer, spirits, cocktail mixers, merch, and food from @carhopme . https://t.co/sedQxt62yp
View on Twitter