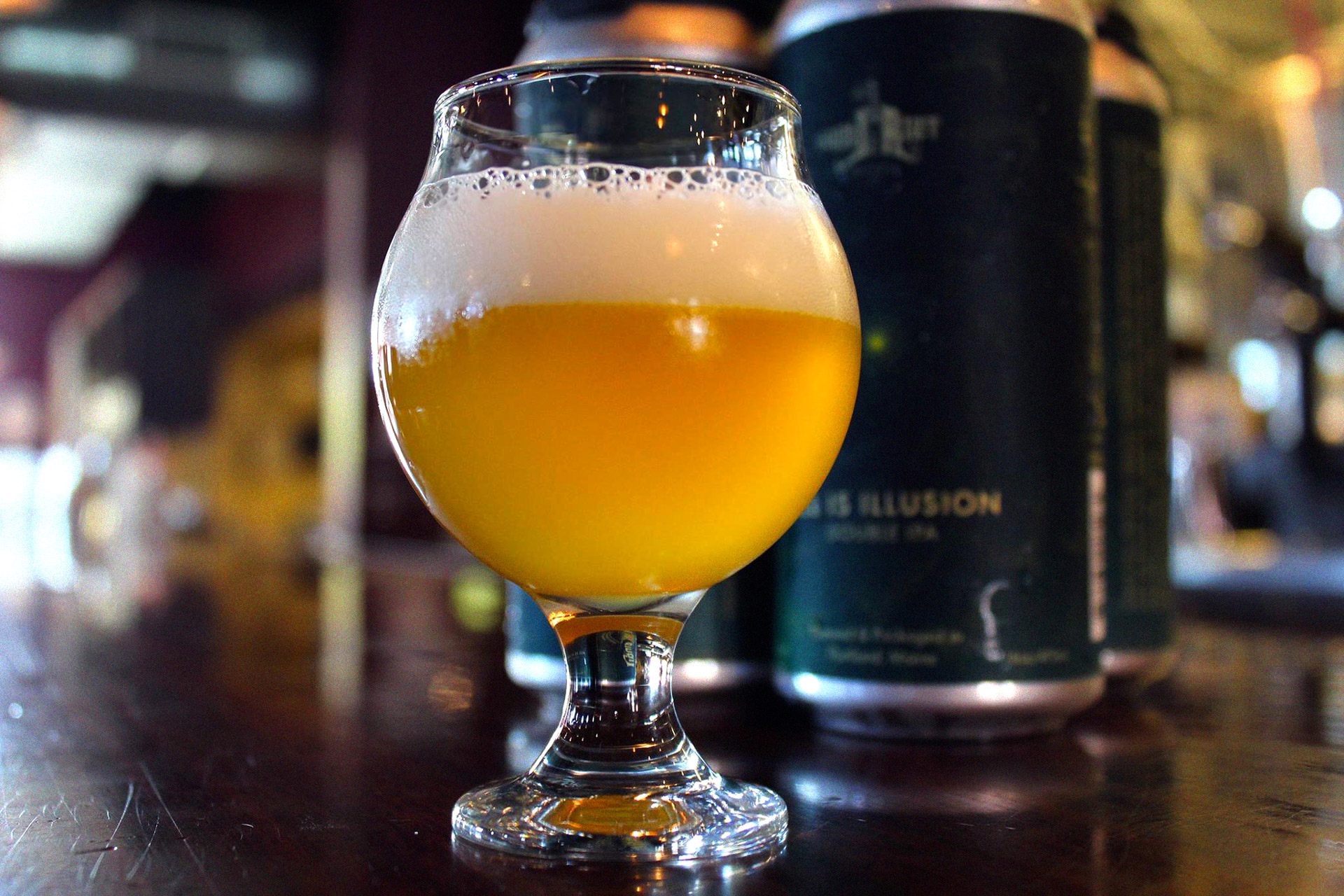 If you know just one thing about Liquid Riot it’s that we’re New England’s only brewery, distillery and resto-bar under one roof.

Under the guidance of Greg Abbot the brewery keeps pace with Portland and statewide Maine breweries, and then some. Greg also has to keep up with Ian Michaud – Liquid Riot’s head distiller – and Riot executive chef Josh Doria.

The three constantly work to maintain the Riot’s reputation as the waterfront destination for Portland, Maine’s most consistently delicious and satisfying food and drink.

A BEER HAS NO NAME 7.9%
Double dry hopped DIPA featuring Mosaic, Idaho-7, and Citra hops and British base malt.

Stay up to date on Riot beers, spirits and food by joining our newsletter group