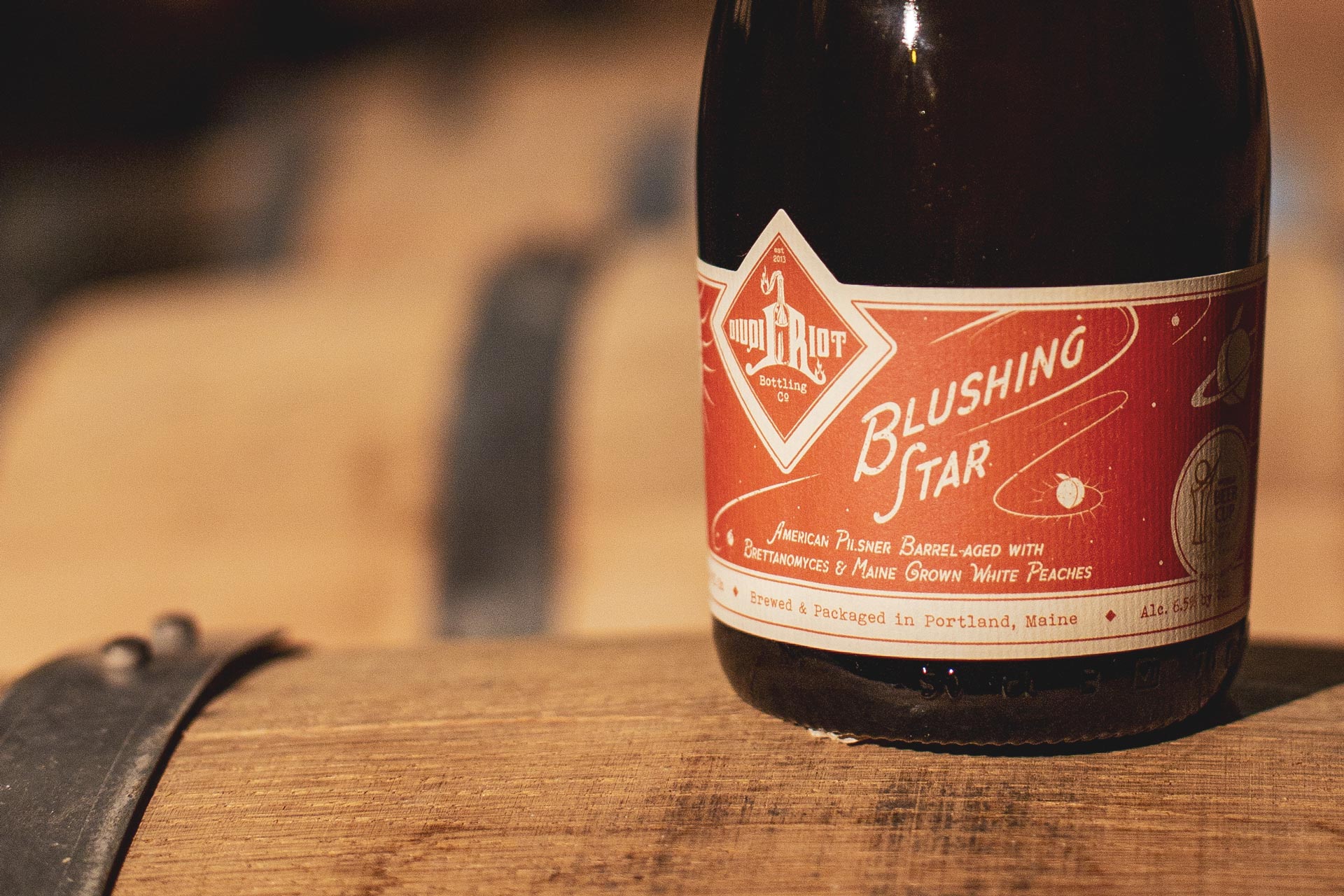 Extremely dry and crisp, with tropical, piney hop notes and Champagne-like finish.  In 1910 & 1911, in the Champagne Region of France, following years of hardship due to crop losses, other stresses on vineyards, and the discovery that wine producers had been using grapes from outside the region, local grape growers revolted in what became known as the Champagne Riots.  This ‘Extra Brut’ India Pale Ale is named for the climax of this uprising, which occurred in January 1911. .

Our resto-bar and waterfront deck are open for dine-in service, Fri/Sat noon-10pm, Sun/Mon/Thur noon-9pm, with safety protocols in place. Our beers, spirits, and food menu continue to be available for delivery from CarHop. These options are also available for curbside pickup in our curbside menu below. All our apparel is available in our online retail shop with free delivery.  If you have any questions about what’s available or special orders (like kegs!) email our General Manager Matthew at matthew@liquidriot.com.

All of our canned and bottled beer offerings are available for delivery or curbside pickup.

Exceptional comfort food menu, 16 house beers on tap, cocktails with house-made spirits. Enjoy the vibes inside or on our waterfront deck. Visit us in the Old Port!

Distilled right here in Portland’s Old Port, our award-winning spirits are available by delivery or curbside pickup, enjoyed neat or in your cocktail of choice.

New York Times – Portland, Me.: Locavore in Menu and Décor

"How could we not try the beer-infused gingerbread with black pepper ice cream, salted caramel sauce and, you guessed it, candied bacon? It was the perfect finale to another over-the-top Portland meal." – Suzanne MacNeille, New York Times

The 10 Best Cities For Beer Lovers: These Towns Know How To Brew

The 10 Best Cities For Beer Lovers: These Towns Know How To Brew – Daniel Lefferts, Bustle.com

Hey Beer fans! My little project today is toasting 100lbs of shredded coconut, which will eventually get chucked into a British Porter we just made last week. We attempted this last year with an imperial porter we made with pretty good results. This batch will...

The Spice of Life...

You guessed it.  Variety! One of the things (maybe the biggest thing) I’ve enjoyed about brewing at a smaller scale brew pub is the wide array of beers and styles we’re able to produce and therefore make available to you all. Since most of the...

As I’m sure you’ve all noticed, unless you’re one of those crazies that loves Barley Wines (j/k, we love you guys too), everyone is pooping their pants over hops and hoppy beers these days:  aroma hops, bittering hops, super alpha hops,  old world/noble hops, new...

"Like a true Belgian table beer, Primus is refreshing and has just the right balance of bright, clear flavors while not overwhelming the palate. And it tastes dynamite out of a can." – Dave Patterson, Maine Today

We are very proud to be bottling more of our award winning Rye Whiskey! We recently took home a silver medal at the Great American Spirits Festival for our Old Port Rye Whiskey. This will be on the shelves of our retail shop on Wednesday,...