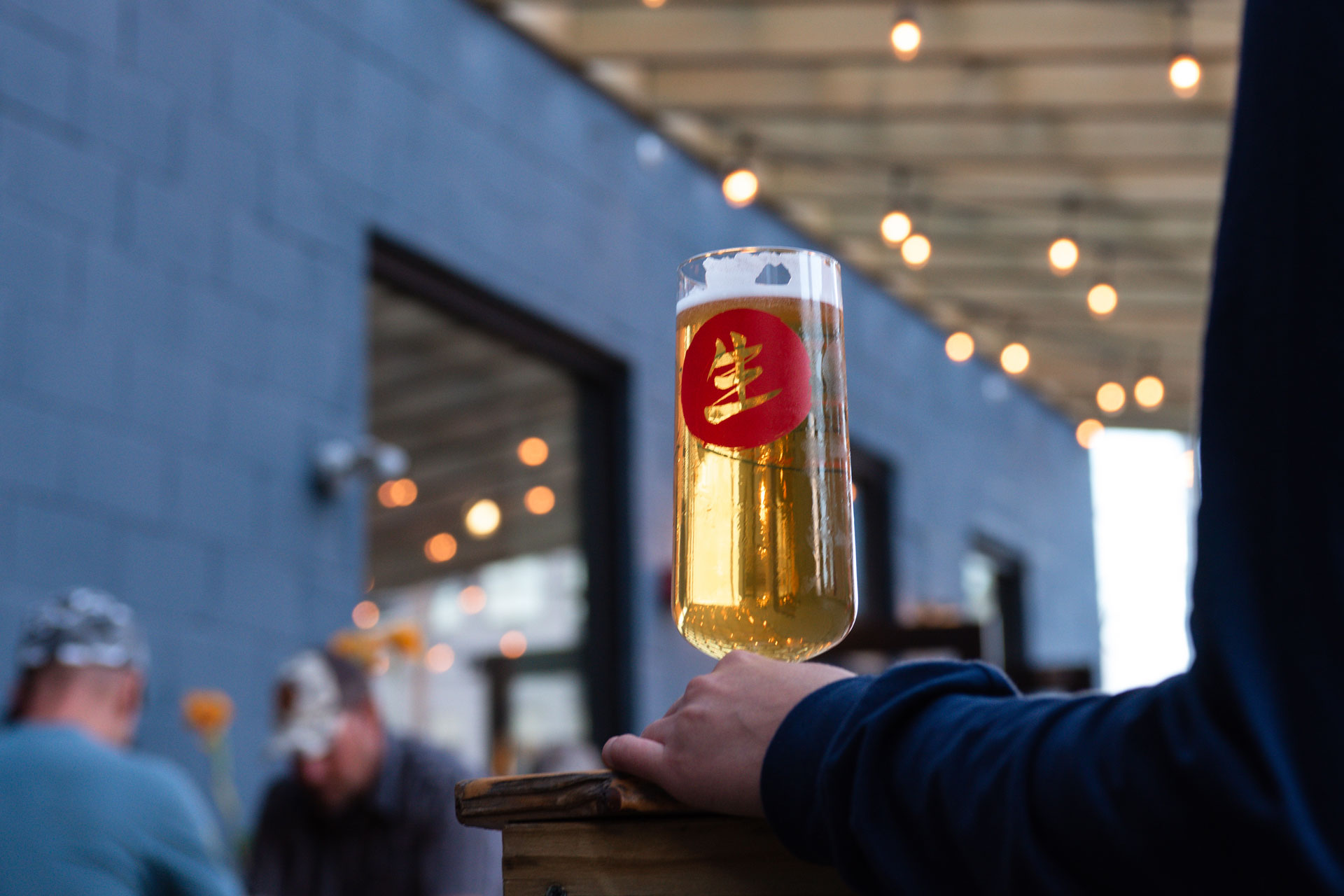 Helles Lager, brewed in collaboration with our friends from Fore Street.

Amber/red ale that has a medium, slightly sweet body, and a wisp of citrus hop character from the small dose of Chinook and Amarillo. British yeast strain to ferment.

Monovision is our single hop experimental series.  This batched brewed with Vic Secret hops from Australia.

Brewed with our friends at The Bier Cellar for their Anniversary, a sour wheat ale aged on enormous amounts of pink guava, passionfruit, and mango puree.

The LRV (Liquid Riot Vessel) is a custom built double-decker oceanside koelschip, which sits outside on our deck overlooking the wharf during the colder winter months where the wild yeast and bacteria naturally found in the ambient air inoculate our fresh brewed wort overnight. Following the steps of traditionally blended gueuze, to make our 3yr blend, we blend beers that have been spontaneously fermented and aged in oak barrels for 1, 2 and 3 years.

Our rendition of an Irish Stout. Dark, rich flavors of roasted barley and British hops.

An Imperial Stout aged in our Bourbon barrel.

A spontaneous fermentation beer obtained from the blending of 1, 2 and 3 years old lambics. Unfiltered and unpasteurized, it is re-fermented in the bottle for a minimum period of 6 months. The lambics used were fermented and matured in our own oak barrels at the blendery.